Yesterday I had orientation for culinary school. It was kind of boring, but I passed time by checking out my fellow classmates. The class is mostly guys with a handful of girls. Surprisingly, I'm not the only girl that has a finance background! We had an icebreaker where everyone introduced themselves and described the last best meal they had. I chose SPQR in San Francisco because I honestly could not think of a memorable meal since I've been back in New York. I could clearly see that these people really enjoy food and want to be there. Sooo different from any kind of schooling I've had before. I'm excited to share food stories and really get to know my classmates.

I also received three sets of uniforms and a nifty FCI duffel bag (I love free duffel bags). The uniforms are NOT cute, but I do like having my name on my chef jacket. After trying on the uniform at home, I had to go back and exchange for bigger pants and a bigger skull cap...apparently my waist and head are bigger than I thought! I'll post picture of myself in the uniform later so people can get a good laugh. 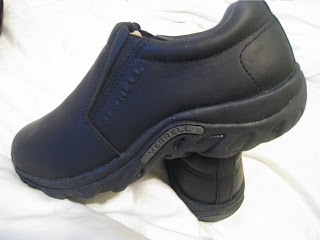 I also went out today and bought an ugly pair of professional black leather shoes. I have never been so unexcited about buying a pair of shoes :(

I'm attempting to sleep early tonight to get up earlier than I've gotten up in months. I've never been able to sleep well before the first day of school though...super excited for tomorrow!! :)
Posted by Jennifer Doan at 3:23 PM