The big 'Noreaster unexpectedly canceled classes for me on Monday...and half a day's work for Grace! We made the most by first heading to lunch at Shanghai Cafe.... 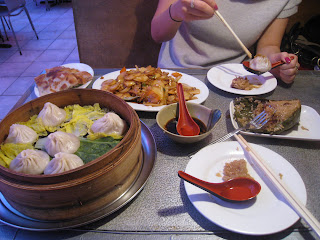 ....where we promptly ordered wayyy too much food for two people. Fortunately, we are big eaters and put away most of it! 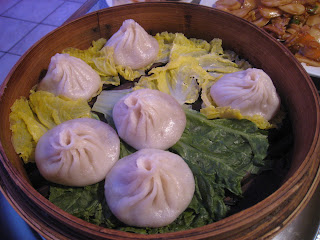 Shanghai Cafe is known for their xiao long bao or soup dumplings. Like the name suggests, the dumplings are filled with meat (pork in this case) and a flavorful broth. Aren't they so cute and perfectly shaped? Most beginners don't realize how hot the soup inside really is and shove the whole thing in their mouth only to a painfully burnt mouth and soup all over the place. I've eaten dozens of these little cuties and this is my tried and true method:

1. Holding the dumpling in a soup spoon, bite just the tip of the dumpling to open.
2. Allow the broth to cool a bit before slurping it all up.
3. Fill the dumping with some vinegar dipping sauce, making sure to get some sliced ginger.
4. Eat the entire dumpling in one bite.
5. Repeat! 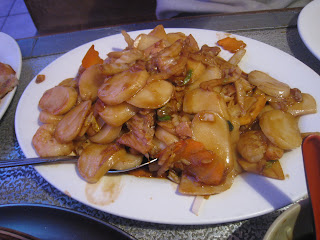 There are also many other dishes on the menu. This is Shanghai rice cakes...which is sliced rice cakes stir fried with shrimp, pork and chicken...and some carrots. It was pretty tasty but whenever I eat rice cakes, I find myself always wanting them to be spicy (more Korean style). 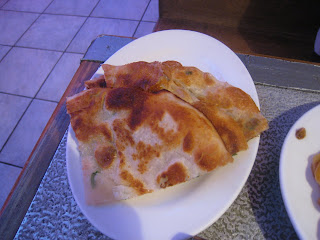 Grace wanted scallion pancakes so we got an order of those. I thought these were a bit on the oily side and didn't have enough scallion flavor. A dipping sauce would have been nice too (it didn't come with one). 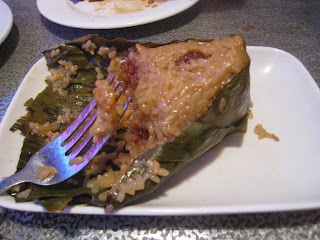 At the last minute, we threw in an order of sticky rice. I wasn't that impressed by this dish...have had better at dim sum places in the city. 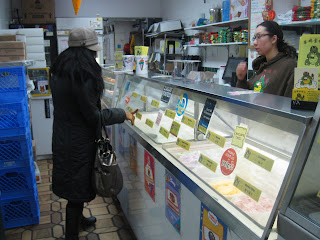 Even though it was 12 degrees outside, we decided to stop by Chinatown Ice Cream Factory for a sweet treat. 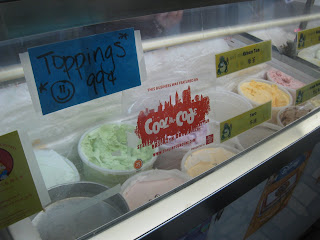 I really like Chinatown Ice Cream Factory for all its exotic flavors. Unfortunately, I'm indecisive and wanted to try everything....BUT the girl behind the counter rudely informed me there is a 2 taste limit per person! Mind you, it's in the middle of the day and no one else was in the store... with a freak snowstorm outside! 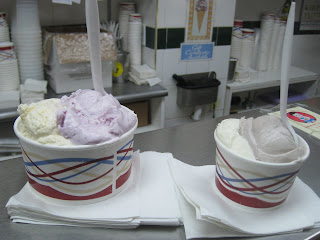 I made a game time decision and went with Cherry Pistachio and Zen Butter. Both were delicious and not too sweet. Grace got some sort of toasted almond cookie and Taro.

Note: my cup is on the right and Grace's is on the left...

The rest of the day was spent warming up with coffee at Starbucks and some beers at a bar. And just to take advantage of the snow, I made snow angels and engaged in a few snowball fights. To defrost and end my superfun snow day, I had a steaming bowl of.... 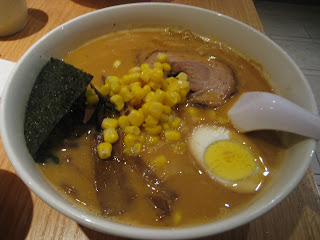 ...spicy miso ramen at Kambi! It wasn't the best ramen I've had but it defrosted and warmed me up and put a delicious end to my day.