The first stop on my European adventure was London. This was my first time in London and despite it being the dead of winter—my friends and I loved this city. Everything about London took me by surprise. I was expecting a crowded, expensive and dreary city but what I experienced was a clean and sophisticated town full of culture, great food and friendly people (not to mention the awesome British accents!)

I was impressed with the Tube, charmed by the cobblestone streets and in love with the wrought black detailing found everywhere. Maybe London isn’t the stuff dreams are made of but it reminded me of classier New York. More than once, I thought to myself that I could live there. I wasn’t there long enough to try a proper fish and chips spot or even the Indian food but I enjoyed everything I ate. Costa coffee (British Starbucks?) was enjoyable. High tea at the Lanesborough was impressive and quite tasty. Champagne, tea and more food than any one person could eat. What’s not to love? It was beyond fancy and I couldn’t get enough of it. 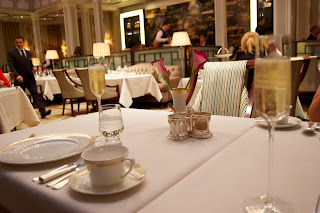 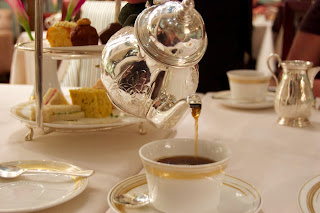 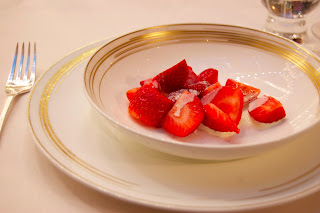 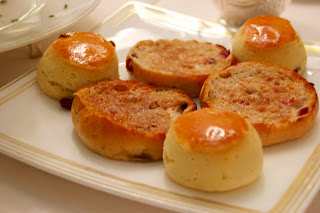 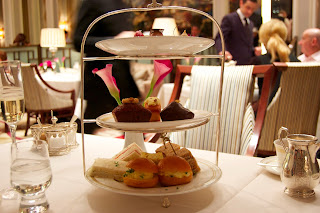 Every pub I went to had great cheap beer and pretty good bar food. However, I noticed that most people in pubs, cafes and restaurants weren’t really eating. Tables were covered with beers and wine glasses, but food was sacred. Apparently the liquid diet was the norm since food is much more expensive than alcohol, according to expat friends who live in London. Combined with smoking and lots of walking, I was starting to understand the European secret to staying slim! Fortunately, I’m American and ate like an American. I love bar food and luckily stumbled upon places that had delicious eats. The pubs all blend together now so I can't remember every place (could also be a result of one too many pints!)

My last meal in London was at Riding House Cafe, a recommendation from friends who live there. I was pretty impressed with both the ambiance, which was lively and energetic and the food. I had a beef and bone marrow burger that was so utterly beefy and delicious. Lighting was dim so I won't even bother posting the crappy photo. I'm not sure what people are referring to when they say London has terrible food. This meal among others left a memorable and delicious impression on me. In my opinion, the London food scene is holding it's own.  I can't wait to visit again and try a few more places.

Signing off with one of my favorite photos on this trip, which I've aptly named: Two Bears Hugging

Stay tuned for more posts and pictures from Paris and Barcelona!

Email ThisBlogThis!Share to TwitterShare to FacebookShare to Pinterest
Labels: London